I may have mentioned before
That we go through these healthy food kicks at times.
To be honest, we try our fuzziest to eat well all the time.
But, lest we become religious about our food, we certainly don't freak out
When we don't do as well as we should.  Or I'd like to think we don't.
All that aside, I've noticed in the last few months
That my tummy doesn't appreciate gluten so well.
After a few experimental weeks, the conclusion has been that I'm now gluten intolerant.
I refuse to give it up totally, I don't want it to become a foreign substance
That I'll never be able to handle.  So I do indulge in a little "dough" once in a big while.
I've experimented with rice flour, spelt flour, etc because I've heard they're a good substitute.
And while I believe that could be true, they just don't bake the same as a wheat or white flour.
So for now, I'm just keeping a low profile on any floury grain.
I'm cool with not carrying around those extra 10 lbs, and a bloated stomach.
No joke, ya'll, if you're looking to knock out a few, just cut back on the bread.
All that for this: it gets a little hard sometimes to cut the munchies
When you know that what's in the pantry isn't going to do you any favors.  So.
Here's a recipe for you, to satisfy the snacky cravings: 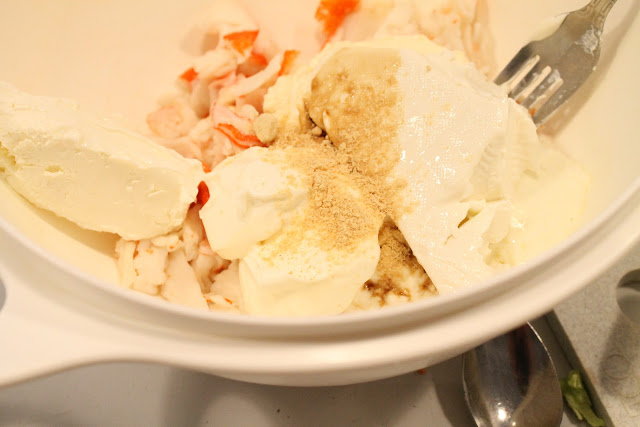 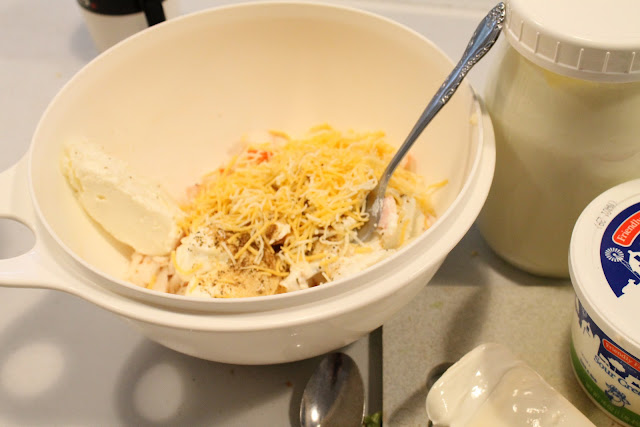 Peel a cucumber.  Slice in 1/2" or 1" slices.
Use a cookie scoop or melon baller to scoop out the center. 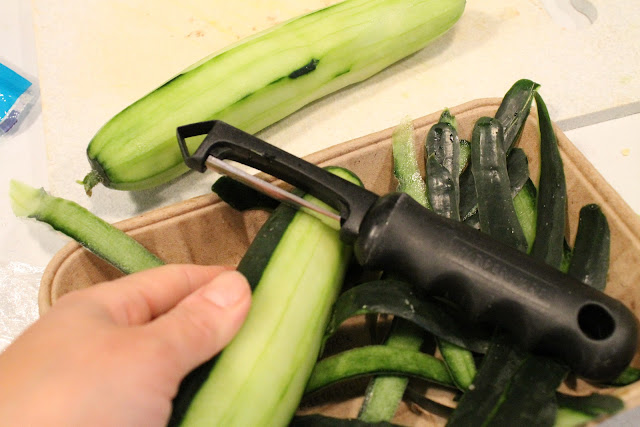 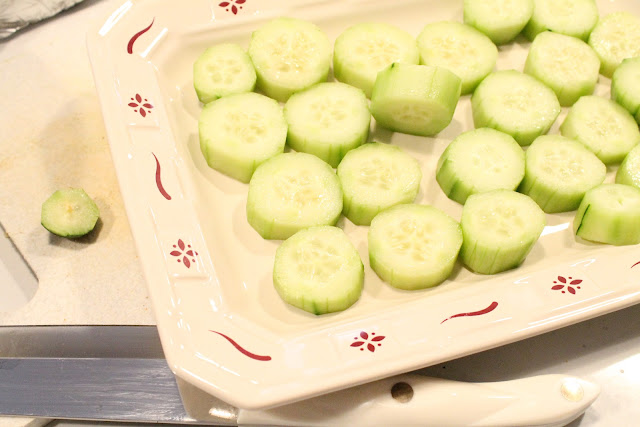 Fill each hollowed (or hallowed, if you're that reverent) cucumber with crab mixture.
That's right, stick your finger in it a few times
And lick it to your hearts content. 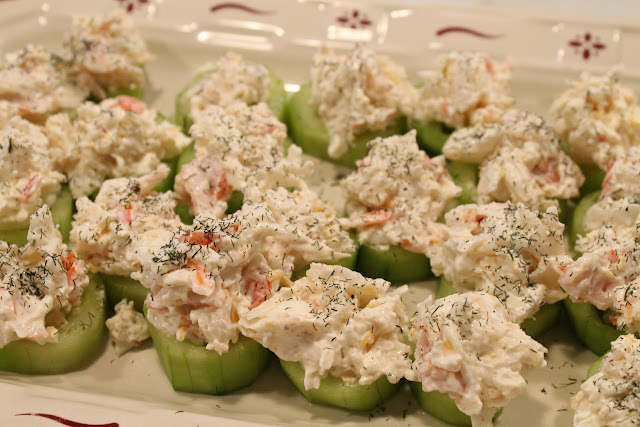 Sprinkle with a little dill weed
Garnish and devour. 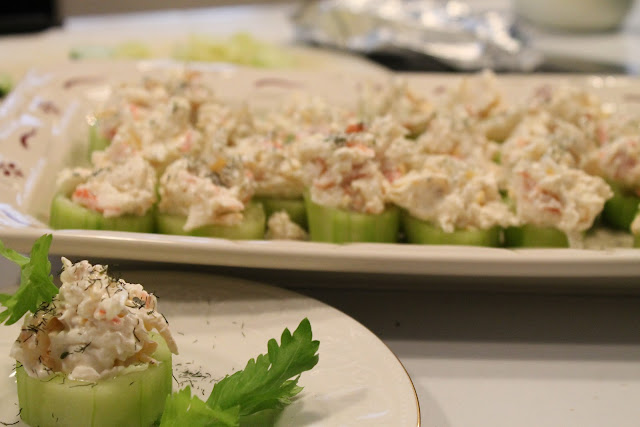 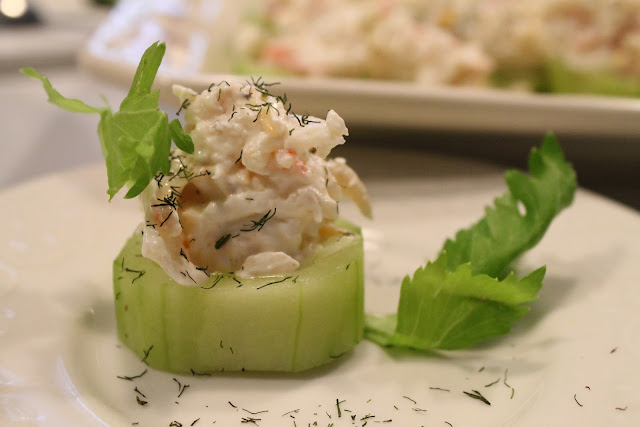 Walla!  There you have it.
Eat and Be Merry.
JO
(and yes, I realize I signed my name twice last time.  twice for good measure. or maybe just a typo.  you'll never know.  and i'm too lazy to edit it out)

Wherein I excuse my absence

Seriously, chalk that one up to neglect.
Or just plain craziness.
This blog has fallen to the wayside and the weeds are growing all over it.
Not that it was ever tended with much TLC anyway.
But the excuses this time are valid.  For real.
Like having sick kids for two weeks running.
With which I am about to scream, "I am crazy. I am high on Vick's.  And you can't stop me."
I, myself, have not succumbed to said illness
But all the sleepless nights and crying kids
Do make one feel like they would much rather put their head in the sand
Than wake up to face another day.
I don't have pictures of this period of our life,
Because, get real, that'd be a form of torture.
To photograph a poor child's feverish eyes.
But I do have a mishmash of other useless and perhaps useful information.
Here's a useful tip for colds, fever, etc. that has gotten it's fair mileage the last 2 weeks
And that, I believe, has kept me from going under the weather.
Mix two parts olive oil with one part castor oil.
Rub behind the ears, on the neck, shoulders, anywhere you begin to ache.
Then sit in either a steam bath, or make a steam tent.  And let it work it's magic.
It cleans the toxins out of your body.  And everytime I felt the glands in my neck start to swell,
I did this and immediately after felt much relief.
I also did this for the kids alot, and I swear (except I don't)that this cleared up their ear infections
Faster than an antibiotic ever could have.

We also had winter Camp Meetings last week.
Always love seeing God's presence affect people and change lives.
I won't pretend to admit that I wasn't completely exhausted
From having sick kids and a whole house full of people
But what is the grace of God for, if not to help us make our way through
Something that seems completely insane and exhausting.
Yay, God! 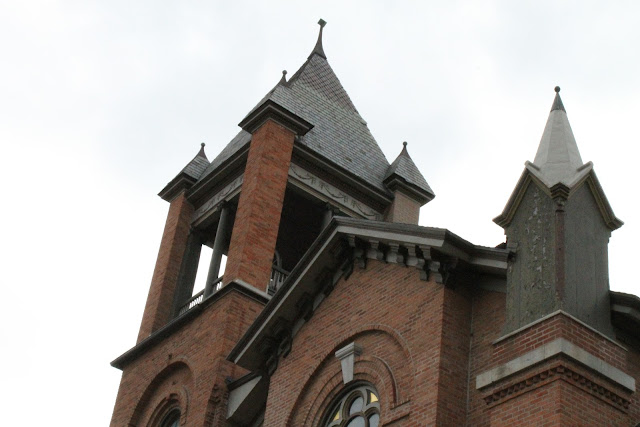 We have church in this grand old Baptist church building.
I love the old Architecture in this town 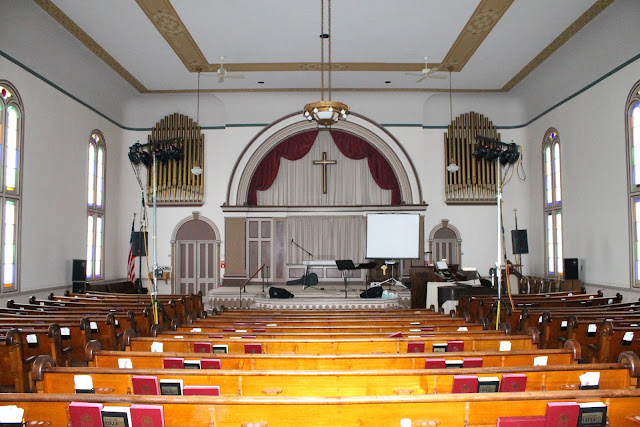 The Baptist church that meets here on Sunday mornings,
Is actually slowly dying out.  The church van doesn't go out to pick up community kids,
It goes to the nursing home to bring in their elderly members.  No joke.
This town's younger generation, for the most part, doesn't even know
What the inside of a church looks like.
It's crazy to me that, back a hundred + years ago, Charles Finney preached in this town
And revival was huge!
This church, alone, had hundreds of people in it's Sunday School.
We're praying, again, that a move of God would visit this town and many would be transformed
By the very presence of Jesus. 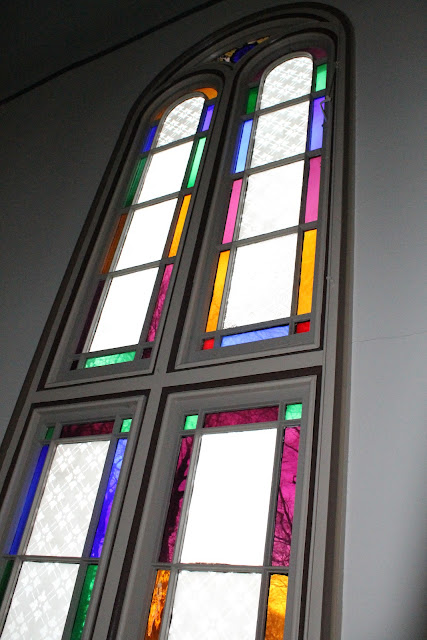 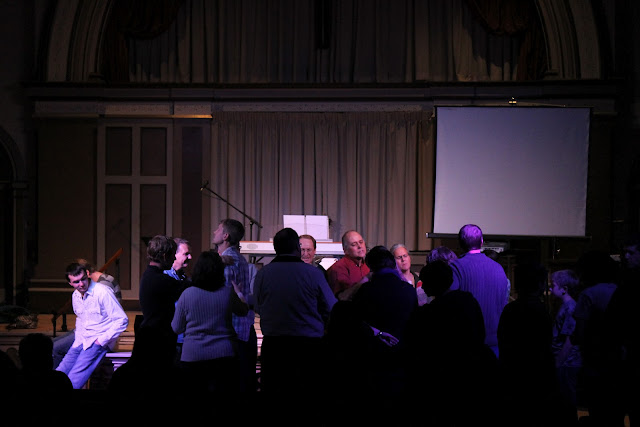 This picture was taken during what we call "Car Wash" prayer.
All the pastors and their wives lined up in two rows
And everyone else went through the middle of the two lines and got blessed
With men/women of God laying hands on them and praying or speaking words of truth over them
You come out the other side feeling all squeeky clean and refreshed. 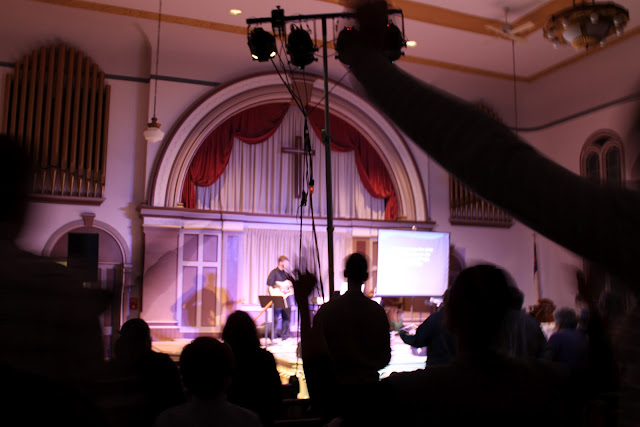 And of course there was worship.  Lots of it.
There is nothing quite like laying down a sacrifice of praise and thanksgiving to God
When you are utterly exhausted and spent from sleepless nights and sick children.
Something happens in your spirit as He begins to fill you back up
As you pour yourself out to Him
Thanking Him for the healing for your kids (that you have not yet seen)
Or whatever it is that you're dealing with.
Giving Him thanks for the end result that you haven't seen yet
And then believing that He is faithful to bring that to pass.

So there's my excusable absence. :)
Oh, and another thing, these pictures weren't taken by me.  No way,hosea.
I didn't have that kind of time last week.  But my friend, Bri, borrowed my camera
And put her pictures on my computer.  So I hijacked them.  Call me a thief.
JO
JO
Posted by Joleen at 11:24 AM No comments:

Joleen
A stash of my thoughts. Sporadic and written at my leisure...everything from DIY to the deepest of the deep. A place where ordinary meets with the extraordinary and both are celebrated. Most days you'll find me in the land of monotony, but I escape from that land every so often with creativity and spurts of spontaneous energy.